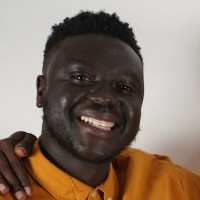 With my dad being a tailor & my big brother studying interior design I was fully surrounded by creativity. At secondary school dived straight into my crafty/art lessons. DT was all me, I couldn’t get enough of those classes. Deffo found a serious passion for 3D making within them years. It was a bit tough though I felt the creative side of school wasn’t shown much love or as a serious life career which had me double thinking if it was worth carrying on….but I stuck to my guns. At college I studied an Art & design course, this allowed me to explore my options & led me to meeting Max & Tay. For uni I ventured down south to Bournemouth to study Modelmaking, this was a dope course which exposed me to serious levels of hand making skills and knowledge which has been useful for so many different attributes.  With an array of skills, when returning back to london I was greeted with the opportunity to start a gaming company with the boys. An opportunity I wasn’t going to miss & that is where my Orthors journey began.

Yasin Ali is speaking at the following session/s

From players to creators, Orthors will be diving into the key aspects faced when making their games - from figuring out how to develop a game with no coding experience, to watching their game being published on the Apple App store. Building a game has its layers and they aim to help people to be better prepared for the hurdles they may face whilst walking the same path. Orthors realised the importance of branding, and the impact it has on taking your IP/ project that one step further is something that is usually overlooked. They will go over how to set yourselves apart from other games studios by displaying their creative processes, how to self assess and refine ideas and the importance of putting a face to your brand. Business is a worrying side within the gaming industry that most people shy away from. A pivotal moment for Orthors was being told to set up their business legitimately and get an accountant. Brilliant advice! They will break down the important lessons learnt in regards to running a games studio from a business perspective, with the hope that you won’t need to suffer the same setbacks. Orthors learnt at an early stage the power of networking. They will take you on their journey of how they were able to meet key figures such as Dan Gray (CCO, UsTwo Games), Jay Ann Lopez (Black Girl Gamers), Stephanie Ijoma (NNESAGA) and many others who have directly and indirectly helped to shape them as a company. 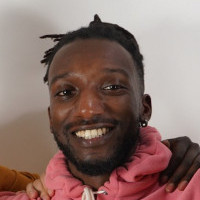 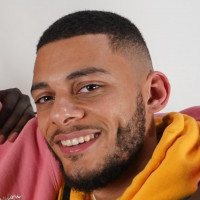