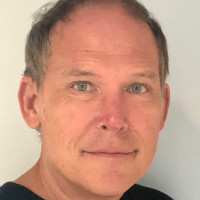 Tony is a serial entrepreneur and has been involved in games, tech and mobile for over 25 years. Previously to co-founding Reality Gaming Group, Tony launched GamesGRABR a social network for gamers and was CEO of Player X, one of the largest mobile games distributors in Europe before being acquired.

Tony Pearce is speaking at the following session/s

Tackling the Myths & Misconceptions About NFTs in Games

This year has seen the term Non-Fungible Token (NFT) crossover into mainstream consciousness, with the concept of 'digital collectibles' capturing the imaginations of both consumers, game developers and the wider entertainment space, thanks to the compelling new content and commercial opportunities enabled by the blockchain.

However, there have also been concerns raised around the suitability of NFT-based collectibles and entertainment for children, transparency around business models and the perceived impact the NFT/blockchain eco-system and its energy use is having on the environment.

In this session, Reality Gaming Group Co-Founder Tony Pearce will take a deep dive into the headlines and explain why the future is in fact looking bright and highly-sustainable for NFTs, in terms of both environmental impact and commercial opportunities.

Tony will draw on his practical experience of developing and launching blockchain-based games as an indie studio, encompassing both first party titles and titles based on high-profile IPs, such as iconic BBC series Doctor Who.

• Gain an understanding of the compelling new gameplay and commercial opportunities enabled by the blockchain and, specifically, NFTs.

• Understand why a shift in how the blockchain works will soon result in huge reductions in the energy and costs required to launch and maintain NFT-based game content, clearing a pathway to mass market appeal