At his previous company, he was part of the team which won six awards: Publishing Hero, Develop Awards 2017; MCV Industry Hero and Indie Games Publisher of the Year in 2018; and the unprecedented ‘Triple Crown’ of UK publishing awards in 2019, picking up accolades from MCV, Develop and TIGA. Before that, Simon worked at various PR and marketing agencies, where he spearheaded the launch of multiple global hits such as the Batman Arkham series of games, Pokemon X&Y and the Guitar Hero franchise, where he led European media relations from the first game to Guitar Hero 5.

Co-author of two books on the games industry, and co-host of One Life Left, the world’s longest-running videogames radio show, Simon remains as committed and as passionate about gaming as ever.

Simon Byron is speaking at the following session/s 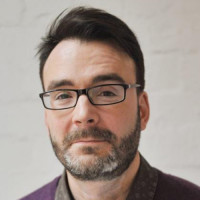