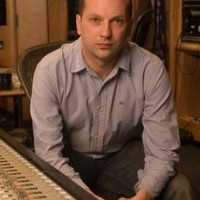 Richard Jacques is speaking at the following session/s

Renowned composer, Richard Jacques discusses takeaways and carry-overs to the ‘new normal’ drawn from his recent experiences working on a massive music project with a AAA audio team on the other side of the planet - including during a worldwide health crisis.  He will discuss the nuts and bolts of collaborative music design, effective scheduling, composer team requirements, remote recording during lockdown and delivery, management, implementation and testing of vast of amounts of music assets, as well as exploring the character and tenets of audio director/lead audio/composer relationships that lead to successful outcomes throughout project and pandemic pressures.

Book your conference pass now with a 20% discount - you can save £££s!