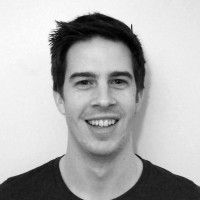 Pete Bottomley is the studio head at White Paper Games in Manchester. He co-founded the studio in 2012 and has since gone onto work on Ether One, The Occupation and Conway: Disappearance at Dahlia View across PC & consoles.

Additional roles outside of WPG include being an associate lecturer at the University of Central Lancashire since 2010, running the Unreal Engine meetup in Manchester & growing Roots which is a not-for-profit White Paper outlet.

White Paper Games is currently prototyping a New IP whilst focusing on updating our processes, systems and tech during the project transition.

Pete Bottomley is speaking at the following session/s