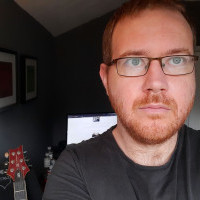 Dom Clarke was a research scientist studying animal behaviour and perception, and developing software for experimental control, monitoring, simulation and analysis. In 2018 he left academia to pursue game development. He cofounded Spiral Circus with artist Tom Mead after they were accepted into the Swedish game accelerator program Stugan. At Stugan they developed the pitch for their first game Silt, a game marrying the gloomy visual style of Tom Mead’s art with elements of the animal behaviour simulations he built as a scientist.

Dom Clarke is speaking at the following session/s