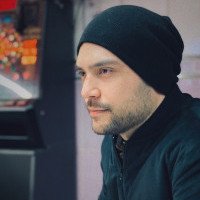 Chris Olsen is the Co-Founder and Creative Director of Jumpship, who are currently developing their debut IP "Somerville".  For over a decade he worked as an Animator and Lead Previs Artist across Film, TV and Games for multiple studios including "Moving Picture Company" , "Framestore", "Animal Logic", "The Third Floor", "Double Negative", "Passion Pictures", "Ninja Theory" and more.  In early 2014 he shifted focus to game development and with the help of business partner Dino Patti, took his passion project "Somerville" through pitching, funding and now in the later stages of production with a talented team at Jumpship.

Chris Olsen is speaking at the following session/s