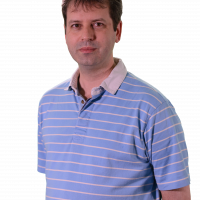 Chris Kingsley OBE is the CTO and Co-owner  of Rebellion, one of Europe’s largest independent game developers. Chris co-founded Rebellion with his brother Jason in 1992, the studio quickly making an immediate impact with seminal shooter Alien vs Predator. Today Rebellion continues to develop AAA video games based on their own IP including the thrilling World War 2 shooter, Sniper Elite 4, the cutting edge VR reboot of iconic arcade game Battlezone, and 1930s rip-roaring action-adventure Strange Brigade. In 2000 Rebellion became the owner of powerhouse UK sci-fi comic 2000AD, and Chris co-produced the 2012 film adaptation, Dredd 3D, and is now an executive producer on the Rogue Trooper movie and the Judge Dredd: Mega City One TV series currently in production. A highly influential figure in the UK game industry, Chris also helped found industry organisation TIGA, and was recently made an OBE in the Queen’s New Year’s Honours List.

Chris Kingsley is speaking at the following session/s