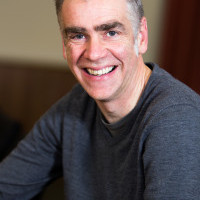 Nick Robinson is Associate Professor in Politics and videogames research at the University of Leeds. He has been researching how games and politics interlink for over a decade and has been exploring the role of military games in society. His work challenges a number of conventional assumptions and explores how players think about the links between games and war, the challenges of making games in a period of intractable conflicts and the proliferation of nostalgia within games. Driven by an ethos of teaching-driven research, and seeking to exercise a feminist curiosity, Nick has a strong commitment to empowering critical thinking in education and has had the privilege of working with some brilliant and imaginative thinkers over the last 20 years.

Nick Robinson is speaking at the following session/s

Military Videogames - More Than a Game?

This talk explores the social, cultural and political implications of military videogames, covering key shifts in the genre and in the relationships between games and war.

First, representations of war have moved from a focus on contemporary wars in the immediate aftermath of 9/11 to one which is now dominated by either historical or future wars. This shift is part of a new ‘politics of nostalgia’, in which citizens find solace in the certainties of the past to avoid confronting the challenges of the present. This is hardly surprising, as the complexities of modern war – increasingly involving civilian casualties – pose almost insurmountable challenges to developers: how do you make an interactive game in such circumstances?

A second key shift provides one answer. Whilst there remain important examples of celebratory games (e.g. the Call of Duty series), there are increasingly games being produced which actively seek to resist war (e.g. This War of Mine). Such changes reflect the shifting nature of game production, with a loosening of formal ties to the military, as games increasingly vacate representations of contemporary war – yet at the same time concerns remain over the growth of games being used for military recruitment.

There remains a poverty of knowledge of how players understand and engage with war, with players assumed to be ‘bedazzled’ by war games such that they come to support war and its violence. Yet my own research shows that players demonstrate considerable critical faculties. War, as players make clear, is not just a game.