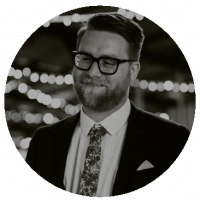 My career in the industry began 7 years ago when I joined Dlala Studios as a Concept Artist. My passion for game design was soon recognised and, under the mentorship of the internal design team, I was provided with the opportunity to become a Junior Designer. In 2018, whilst working on Dlala’s original title, Nothing to Fear, I was promoted to Lead Designer and have continued to fulfil this role whilst working on the long-awaited sequel to Battletoads!

Grant Allen is speaking at the following session/s

Getting the Job Done: Using Everything to Make your Game

Grant Allen started out as a concept artist and, within just 7 years, significantly extended his skillset to become the Lead Designer on the upcoming sequel to “Battletoads”.

Grant’s talk will cover his approach in designing a game without a formal education in game design, as well as the important key techniques and lessons learned over the course his time in the industry. In particular, he will be covering prototype techniques, working with and becoming a mentor, and the transformation of a hobby into a research-focused approach to design.