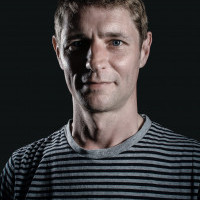 Dr Chris Jenner acquired a PhD in optical properties of semiconductor microstructures, after gaining a BSc Hons in Theoretical Physics, both from the University of Newcastle. He then worked as a Research Associate at the University of Newcastle until May 1999, before being lured away by the games industry. He joined Ubisoft Reflections in June 1999 as a Physics programmer where he worked on wide range of topics relating to physics, AI and gameplay. Since then he has progressed to the role of Expert Programmer where his wide ranging knowledge of game development has enabled him to be a key contributor to achievements like ensuring Driver San Francisco ran at a solid 60fps and that The Crew was successfully ported to the new PS4 platform in time for its release.

Chris Jenner is speaking at the following session/s

Creating a game world that contains a realistic simulation of a large human population has been a goal of game design for many years. To make this simulation meaningful to players, it is important that the world can be altered by their actions. Changes must have persistence, so that the effect they have can propagate out to a large area.

Game worlds have been growing in scale, and player expectations of NPC behaviours have been increasing. Traditional approaches to engine architecture limit what can be achieved within tight performance budgets. Limits on NPC numbers often mean that the characters that the player encounters are throw-away copies of a generic type with no concept of their place in the world.

This talk will describe the fundamental technical problems that put limits on the number of fully realised NPCs in our worlds, and describe techniques that can be used to break these limits. We will discuss deterministic approaches, and simulation level of detail as techniques that can be easily applied. We will move on to talk about optimising processing requirements using asynchronous logic processing and highly multithreaded design. We will then touch on the power that can be gained from cloud computing, looking at distributed processing.

Many of the problems of creating believable NPC behaviour have been solved in recent years. By concentrating our effort on increasing the scale of our simulations, we can create worlds that feel truly alive and responsive to the actions of the player.