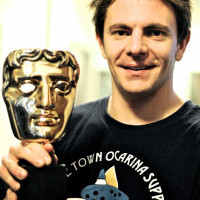 37 years old. worked at Rocksteady for 11 years. Lead combat animator, worked on Arkham Asylum through to current unannounced game at Rocksteady. Hired originally as a boss animator, combat has been in my daily work life. Helped design many of the combat systems and bosses for the Batman series

Adam Vincent is speaking at the following session/s

Every kids picks up a toy and plays with it. He holds and animates the toy and there is a game he’s designed in his head I believe animation is design, why? What’s a belief of mine that has changed, and why? • Game animation is about making something look awesome! • No. Animation is making something ‘feel’ awesome. • The player has control, this is the great separation from film. • Player immersion from the interaction. • Responsiveness in the character • Prototyping animation for design Tips for designing great animation • Pace the move out. Give the animation room to breathe. Don’t try to fit too much in. • Make clear contacts. • If you have control of the camera this is a character in the scene. • Set-ups are just as important as the impact • Etc Tips for what the audience can look for now • Martial arts • How to dissect animation/film combat