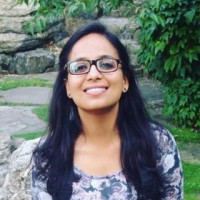 A seasoned game designer with nine years experience making casual games for companies including EA, Zynga, Bigpoint, and Wooga, Shringi turned researcher three years ago, wondering how game designers can take inspiration from other creative fields. In the IGGI Centre for Doctoral Training in Intelligent Games and Game Intelligence, she is now studying how stage magic can be translated to games for creating believable illusions of choice and moments of surprise.

Shringi Kumari is speaking at the following session/s

For millennia, magicians have mastered crafting believable and engaging illusions. This talk provides a window into this untapped wealth of design knowledge and insight for game designers. Two key principles of magic - affording perceived causal relations, and forcing perceived-free choice - will be presented with immediate takeaways, and pointers for designers who want to engage further with stage magic. The believability of the game world in all its absurdity is key for player’s seamless experience. One of the main aims of a magician’s deception, is just that: to make the spectator’s illusion more and more ’real’ no matter how impossible the act is. This talk elaborates on magician’s principles of perceived causality to help designers not only erect a structurally sound game illusion but build features which allow for surprise and suspense. We all know that meaningful, interesting choices are key to engaging gameplay, yet pragmatic constraints and narrative intentions often keep us from offering players a broad array of options. Here, forcing is a powerful and versatile tool developed by magicians which can come to the rescue, influencing a person’s choice while maintaining the impression of freedom. Four particular forcing techniques are presented and explored for their potential for game design: equivocation, stereotypical choice patterns, saliency, and identical choice. With this, the talk hopes to encourage a broader dialogue between game designers, magicians, and researchers to further explore how games and magic may inform each other.