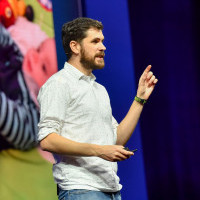 Sean Murray is speaking at the following session/s

To Infinity and Beyond

In 2016 a tiny indie team from the UK launched one of the most successful new IPs of this generation. No Man's Sky was an ambitious and highly anticipated title, releasing dramatically into an increasingly polarised and vocal gaming landscape.

Three years on from release, it is clearly a labour of love, with huge updates both deepening and expanding its infinite procedural universe. Now it is played by more people than ever, and has turned some of its most vocal detractors into passionate fans. It is one of modern-day game development’s great success stories.

At Develop, with the help of Edge editor Nathan Brown, Hello Games’ Sean Murray will offer a candid behind-the-scenes look at how No Man’s Sky was made, released and transformed – and what this modestly sized studio intends to do in future, once it has finished building a game the size of a universe. 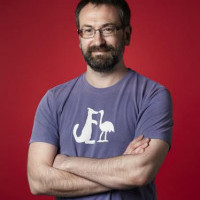