The Sound Lab at Keywords Studios 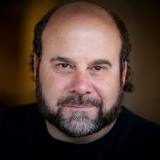 Scott is an award winning sound designer who has been active in the film and gaming community for over two decades. With films such as Pacific Rim, Hellboy 2, Chronicles of Riddick, Team America, Shrek, Star Trek and American Beauty as well as major games such as the Gears of War series, Epic Mickey, and the Resident Evil and Fable series’, he has garnered an impressive number of awards and nominations: 12 MPSE Golden Reel awards, numerous GANG and TEC awards, and BAFTA nominations. Scott has also lent his talents to numerous projects that have won both DICE and Oscar awards.

Scott has studied music since he was 10-years-old and could easily be identified as that kid you grew up with who made sound effects and creature noises with his mouth. Little did he know it would lead him into a career doing just that. His talent for creating personalities with his voice has been tapped for such memorable movie characters such as Flubber, Disney’s Herbie, Reapers in Blade II, The dragon in Shrek,and Kirchek in Tarzan.

After attending Berklee College of Music, Scott made a name for himself as one of the pioneers of audio technology in film and games. Using what he learned as a synth programmer and recording engineer, he was one of the first to utilize computers to edit and design sound against picture. He has embraced technology to better help him tell stories through audio and take audiences on an immersive journey. Scott considers himself an audio photographer who captures the sounds of life and manipulates those sounds in new and exciting ways, enabling him to be currently doing some of his best work.

Previously, Scott worked at Soundelux for twenty seven years as a sound supervisor and sound designer, and he was also the founder and executive creative director of Soundelux Design Music Group

Scott’s credits can be viewed on imdb.com

Scott Gershin is speaking at the following session/s

Make Your Game Better By Interactive Story-telling & Immersion Through Audio

Renowned sound design expert Scott Gershin discusses how emotive sound design can go so far beyond a literal audio description of visuals, providing deeper meaning and subtle sub-texts which enrich the player’s gameplay experience.  Citing several examples from his own projects he will discuss  ways in which audio can better enhance gameplay and story-telling, creating a more immersive experience both emotionally and strategically.