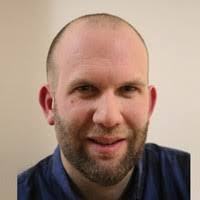 Ollie has spent nearly 20 years in the industry working at Lionhead, Kuju, Supermassive Games and now Wonderstruck. Starting as a programmer and moving into design, he has worked on AAA PC and console titles, as well as kids games and free-to-play online games. He’s currently working on Boundless – an online voxel-based MMO on PC and PS4.

Ollie Purkiss is speaking at the following session/s

Early access—the idea of getting players into your game while you’re still developing it—has been used to great effect both to improve products, and to get a head start in marketing. However, if done badly, then it can end up eating up resources, and making the final game harder to sell. Is early access right for your project? What can be gained? What can be lost? When is the best time to start? How do you get the most out of it? What are the pitfalls to avoid? Based on the experience of developing and releasing Boundless, a highly ambitious PC and PS4 MMO, which was in early access for almost four years before being launched in September, this session will answer those questions, and more, to give you a strong understanding of whether and how to apply the early access model to your project.