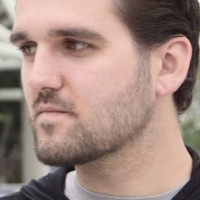 Founder and CEO of Bulkhead Interactive, 26-year-old Joe Brammer led the studio as it has made its name with first-person puzzler The Turing Test and throwback classic first-person-shooter Battalion 1944. Starting Bulkhead Interactive after graduating from university, Joe has gone on to win various young industry awards from the likes of Forbes, GamesIndustry.Biz, and Develop Magazine's 30 Under 30 Awards. Joe still actively works as a designer on Bulkhead's growing library.

Joe Brammer is speaking at the following session/s

The Battle Begins: A Post-Mortem on the Launch of WWII Shooter Battalion 1944

Casting a critical eye on the recent launch of Bulkhead's popular WWII shooter Battalion 1944, CEO Joe Brammer will go through the peaks and pitfalls of launching an anticipated game on Steam in 2019. Joe will detail what both he and his studio have learned from their experience exiting a successful run in Early Access through to the full-on launch of the game, complete with tips on how best to deal with an eager community keep to have an input on proceedings - for better or worse – as well as advice on managing expectations after years of build up.