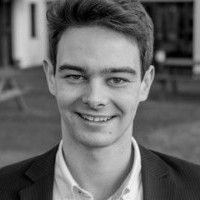 Harry is a VC Analyst at LVP: focussing on engaging with games entrepreneurs, LPs, due diligence, deal execution and supporting existing portfolio companies. Previously he worked in the Ventures team at Oxford Capital investing into early stage UK digital tech start-ups. Prior to his roles in VC, Harry worked at the Institute for Fiscal Studies and the Ministry of Defence. He holds a first in History and Economics from Oxford University.

Harry Hamer is speaking at the following session/s