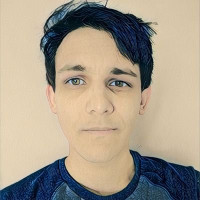 Arran Langmead is speaking at the following session/s

Niagara is Unreals next gen vfx toolset and is amazing to use not just for particles but vfx in general. An incredibly customisable system, Niagara can seem daunting to learn, so this talk focuses on demystifying the new toolset by drawing parallels between Niagara and Cascade, giving an overview of key concepts and the practicalities of making effects.