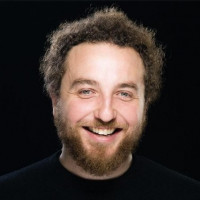 Matt's virtual worlds have been featured on Google Arts & Culture, Fortune, BBC, Ars Technica, and Gizmodo. He ran Metaversatility, building virtual worlds for clients like Toyota, EMI, France Telecom and Sony. He’s on the advisory boards of SXSW & Neurogaming. At Wargaming Special Projects his team partners with major museums and tech companies like Google and Microsoft to build experiences that bridge new new media and heritage storytelling for millions, based around games like World of Tanks.

Matt Daly is speaking at the following session/s

I’ll share how Wargaming (World of Tanks online game, 130million+ registered users) Special Projects group has successfully used all of the VR & AR tech imaginable to tell heritage stories in partnership with the largest tech companies and military history museums in the world, to engage internal and external digital native global audiences, online and at live events around the world, with heritage stories that actually capture their attention, while simultaneously garnering coverage from the world’s press, and doing important R&D work in preparation for ever-deeper dives into the growing mixed reality space… on reasonable budgets. I’ll use some concrete examples of projects we’ve launched:
- Sturmtiger Mixed Reality Experience – Microsoft Hololens, Google Tango, The Tank Museum at Bovington