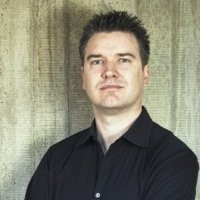 Bradley Crooks has played a lot of games. He grew up on coin ops in a small seaside town in England and then moved to London to play some more. Whilst he was supposed to be in lectures, he played his first VR game which involved lots of money but very few pixels. Since then though he's always had a dream of recreating the magic and immersion of that experience, but with a few more pixels and a little less neck-ache. He also looks after bringing BBC brands to gaming and interactive entertainment. https://www.linkedin.com/in/bradleycrooks/

Bradley Crooks is speaking at the following session/s

I will be talking about how new technology channels, and particularly VR, are opening up opportunities for content makers to develop new formats for storytelling. In particular there is a wealth of opportunity for traditional media creators in formats like TV and film to reach new audiences and generate new revenue streams.