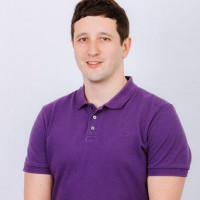 Dr Sam Devlin is a transitional research fellow/lecturer in the Digital Creativity Labs (www.digitalcreativity.ac.uk) where his research is focussed on machine learning, artificial intelligence and digital games. Previously, he received an MEng degree in Computer Systems and Software Engineering from the University of York, UK, in 2009. After completing his degree he integrated behaviour trees into the open-source game engine CrystalSpace as part of the Google Summer of Code program in 2009 and again in 2012.  In 2013, he completed his PhD on multi-agent reinforcement learning at the University of York and visited Oregon State University funded by a Santander International Connections Award. Before starting his role at the Digital Creativity Labs, he was a Research Associate on the EPSRC funded New Economic Models and Opportunities for digital Games project (www.nemog.org) from 2013-2015, working on data mining for collective game intelligence.

Sam  Devlin  is speaking at the following session/s