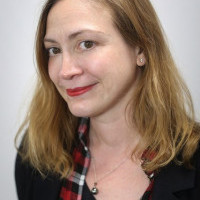 A highly experienced Executive with a career spanning two decades, with prior positions in the world’s leading entertainment and videogames corporations including Rockstar Games, Ubisoft, Warner Bros. NCSOFT and Hi-Rez Studios . Veronique has a deep knowledge and understanding of the global gaming market having assumed senior roles at prominent Eastern and Western studios. A thought leader in her field of video games publishing, with a heavyweight marketing background focused on digital publishing, online games-as-a-service and the application of new media technologies and practices. Veronique is regularly consulted by industry bodies as an authority on the digital future of the gaming business, she has a long-standing role on the UKIE board and the BAFTA committee.

Veronique Lallier is speaking at the following session/s