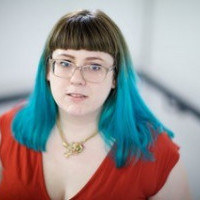 Hannah Flynn has been working in communications for more than fourteen years. Initially working on Puffin children's books for Penguin Random House, where her greatest regret was never trying to get into the Very Hungry Caterpillar costume, she went on to work for Tate and the NSPCC before joining independent developer Failbetter Games as Marketing Manager, becoming Communications Director in 2015. She has since overseen the ongoing community development, marketing, advertising, social media, events and merchandise for their titles Fallen London, Sunless Sea, Sunless Skies and Mak of the Rose. The Kickstarter for Sunless Skies was the third largest video game Kickstarter on the platform in 2017. She was named Game Dev Hero for Marketing and Communications in 2019, and also took home the award for Comms Impact at the MCV Women in Games awards in the same year. She lives in Brighton with her wife and two daughters.

Hannah Flynn is speaking at the following session/s