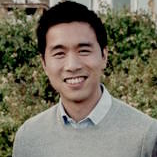 Ed is co-founder and CEO at Supersolid, the London-based independent developer of mobile games, including the award-winning Snake Rivals, Home Street, Food Street, Adventure Town and Super Penguins. Supersolid has focused on creating its own IP, but has also developed an exciting range of partnerships, such as with Paramount Pictures, Pororo, Universal Music and World Animal Protection. Over the past 8 years, Supersolid has built a truly diverse studio, now with multiple live games teams and multiple teams developing new titles. With a decade of experience in free-to-play, Ed started out in a product role at Playfish (acquired by EA) where he managed hit Facebook games such as Pet Society.

Ed Chin is speaking at the following session/s