Blog “You girls should grow some balls”

“You girls should grow some balls”, said my friend sipping her favourite red wine. It was past 11pm and three of us were discussing how it is to be a female in a male-dominated environment. She was the outsider, the external spectator who was working in a completely different industry. Us two? Not so much. We were both in leadership roles trying to advance and improve the workplaces for women who will be hired in the future.

We weren’t complaining, we were way past that. We wanted to take action so everyone appreciates how much a male-dominated environment impacts what's perceived as acceptable behaviour.  If you function within a specific culture, this very culture becomes a norm of what’s acceptable. How we do things is determined on the internal culture level with little reflection on the societal rules. I really believe many people do not consider whether their actions, words or sentiments are ok outside of the internal culture; they are acceptable and common so they must be fine, right? Well, most of the time they are but sometimes they really aren't.

Examples, you ask? Saying to my friend that she looks fu**able on the dev floor is cool, people laugh and appreciate her looks. Saying to me that I’m feisty because I argue against a bad idea, is perfectly acceptable; I need to be reminded to be more collaborative. Saying to a woman with two children, who is their primary caregiver, that the company culture requires self-development and if people read at least one book a week, they will progress within the company is just encouragement. Right?

The truth is that in a company where women are a minority, women and men are treated differently and it’s not only when it comes to the comments like that (which are terribly wrong, by the way!). It’s also about approach towards women. Sheryl Sandberg (yes! the very one recently disgraced) in her amazing book “Lean In” says that gender stereotypes are different and make us perceive people differently, depending on their gender: men are “providers, decisive, and driven”, women, on the other hand, are “caregivers, sensitive, and communal”. If a woman stands her ground, argues for her opinions, expresses her dissatisfaction and (goddess forbid!) emphasizes her own successes, it must be something wrong with her: she’s bossy, self-centred and feisty. A man in the same position behaving this very same way would be considered driven, ambitious and successful. Can you imagine a feisty man?

Sheryl also quotes McKinsey report from 2011 which “noted that men are promoted based on potential, while women are promoted based on past accomplishments”. I saw this happen too many times. Women’s behaviour was interpreted in a negative way what made her more unlikeable and decreased her chances of promotion. At the same time, I saw an army of self-promoting men advance their careers because they are in the “boys network”, they scream about their accomplishments (however small they are) and they play politics. They can.

So I educate, I present the senior managers with the facts: women are perceived differently because of the stereotypes, they also are less likely to negotiate their salaries. Awareness is a key to correcting hurtful behaviours so I hope that with every “lesson”, they know more and they correct their biases. In performance management training, I emphasize “attribution theory”. The implication of this theory, when it comes to gender, is that men and women attribute success and failure in different ways. For example, in the event of a successful work outcome, men will attribute it to themselves whereas women will attribute the success to the team, support received or even luck. When problems emerge, women are more likely to blame themselves whereas men will point factors external to them. This is transmitted into performance evaluations and smart managers, knowing their people will catch it.

What really helps women at work is also having a mentor or someone who will support them or just listen to them. As Roberta Lucca says in her vlog, a mentor is someone who you have a relationship with, someone with whom you connect rather than a random person who happens to have the skills you want to learn. However, research proves that the benefits of mentoring can be greater for men. It’s because potential mentors and colleagues of female managers are usually men and according to the “similarity-attraction hypothesis”, differences between individuals on attributes like gender, weakens communication and willingness to build a working relationship.

Because of that not only do we need to educate (both men and women!) but also encourage a healthy work culture where people build relationships. Finding a mentor is just a natural next step if you are in such an environment. There is a constantly increasing number of men who care and support the agenda, nowadays some companies have a dedicated Executive who champions women’s career goals and advocates for them. People talk about the issues women face in the workplace more and more. Building a culture that is inclusive, with no biases determining pre-judgment and fair for both genders will bring more female to the male-dominated industries. There is still a long road ahead of us but not only we have started but we are going strong. We are speaking and we are heard more and more.

Why such a fuss? Why do we need a balanced workforce? For those unconvinced that it is the right thing to do, there’s also a business case. Companies can be more profitable if they hire more women. It ensures retention, improves company image (there is a reason why companies with 5 female employees, get them to be in every company picture!), better product development as male-dominated companies are likely to produce male-oriented products or services, maintaining supportive company culture which creates better work-life balance (less absence). You don't have to believe me, see here &  here for more examples. There are so many more articles. Yet, still very little is done...  Here is another McKinsey report, this time 2018...

So my dearest friend, I did grow some balls but I hope very soon, I’m not going to need them. 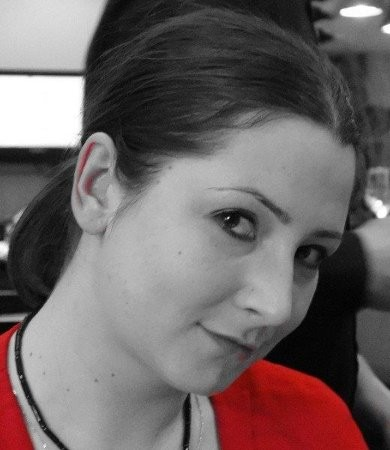 Marta Gaczynska is Head of People & Talent at Bossa Studios