Blog Guest Blog: What To Do When The One Big Deal, Doesn`t Turn Into The Next Big Deal
It probably seems a bit strange me writing a blog like this in May; titled nearly identically to the talk that I’m doing in July at the wonderful Develop Conference… The reality is that not even a 3 hour time slot would enable me to convey all of my thoughts and feelings on this subject – which can be seen in the recent interview that I gave with our Operations Director, Gemma, for GamesIndustry.biz.
In the article on GI.biz we talk a lot about what happened before, during and just after the cancellation. In the talk in July I’m going to talk in more detail about what we did to survive, the trials and tribulations of numerous unsuccessful pitches and the removal of the rose-tinted glasses and ego consequent of having a big deal. 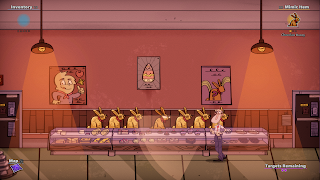 “So, what’s the point of this blog?” I hear all one of you asking (thanks for reading Ma). In this blog I wanted to talk briefly about the emotional and mental impact the situation had on me personally. I have never been shy about being brash, outspoken and, at times, inappropriately open about my feelings on pretty much everything. But, over the last couple of years it seems the industry has become more open in general about mental impact.
Firstly, I want to say that I am in an incredibly privileged position and that I am fully aware of this. I was able to start a studio due to the support of my family and loved ones, and we’ve had a truly incredible journey. Hitting 6 years in June is an amazing feeling and I know how lucky we have been in an industry that has seen wide-spread layoffs and studio closures in the half a decade we’ve been going. I’m also very aware that I am the most cliché typical game developer in the world - I have not had to deal with any real discrimination. In fact, the only discrimination I have ever had to deal with comes about when I occasionally decide to treat myself to a first-class train ticket; apparently sweatpants, trainers, long hair and a beard aren’t the appropriate attire according to the fine ladies and gentlemen in first class, who like to call upon the ticket inspector to check that I’m not bunking the fair… 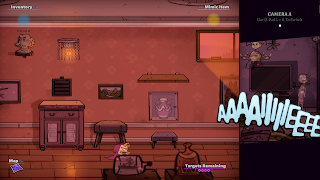 However, for all my bravado and the joy this company has brought me over the past (nearly) 6 years, and without a single day’s regret, it is fair to say that it has definitely taken its toll on me… At the ripe old age of 33, I’m nearly completely grey. Which is quite depressing when I compare that to pictures of me when I started the company in 2012, without a single grey hair in sight.
My sleep patterns are broken and erratic at best and, unsurprisingly, this is worst around important deadlines. I’ll often very suddenly become completely wide-awake in the middle of night, spend a couple of hours checking/answering e-mails and messaging our US-based partners/staff/publishers/clients.
On the topic of sleep, I’m tired a lot, on average at the moment I’m usually actually in bed by 9pm because I feel completely shattered, which doesn’t help the broken/erratic sleep pattern. 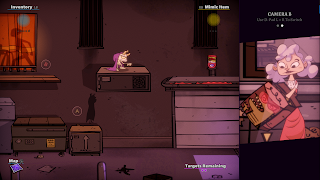 For the better part of the last 18 months all I have been able to think about is when the money is going to run out. When the Disney deal finished, we had a great amount of money to keep us going and, whilst we’ve done some amazing work for hire projects and been smart with some operational cuts, it turns out studios burn money, and it can burn quickly! We’re not 5 guys in a garage on minimum wage anymore; we are 10 people, with two office buildings and a yearly running cost well into the mid-hundreds of thousands.
Whilst I’ve been lucky that I’ve never really felt like I’ve had “imposter syndrome”, I am anxious all the time. This also led me to realise something a while back - I never really “celebrate” the highs and achievements; I am always looking behind them for the next low that could occur. Luckily this isn’t something that has rubbed off on any of my awesome team members or my loved ones who are all an awesome positive presence in my life. However, I do feel at times I’m missing out on being able to feel really happy about the big work milestones, like signing deals and big development milestones.
To be clear, I don’t want this to sound like I don’t enjoy my work-life - I absolutely love what I do and genuinely feel I have the best job in the world. In fact, I’ve had some arguments with one of my best friends in games over which one of us has the best job, and that is an awesome way to feel. My school friends all hate me because when they hit Sunday are dreading already dreading what’s to come on Monday, I can’t wait to get back to the office. But the industry has still broken me down over the years. I’m definitely programmed now to always prepare for everything to go wrong. Although, this does have its advantages; it makes me more cautious about everything and I never trust a deal is done - not until the first payment is cleared – and even then, I am far more aware of potential risks that still may follow. 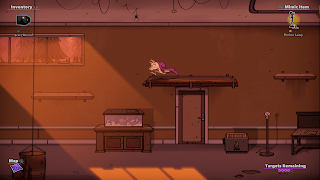 I say this A LOT, so much so that anyone that has seen me talk or read anything I’ve written is sick of me saying it but: I was a programmer who wanted to be a designer who became a company director. I never had any intention of starting my own company. It just wasn’t something that even registered as an option. Whilst I don’t regret it at all, I was never really prepared for what it meant to be where the buck stops. To be the one with the responsibility of people’s mortgages and kids on your shoulders. Does it feel like it’s a massive burden to bear on a daily basis? 100%. And do I feel like I can’t handle it? Very often. BUT that feeling passes quickly. I know I can do this because I need to do this for my team and for myself.
Every time I’m the last one in the office, I look around and I realise that we built this (not the building literally, however we did paint building 1). That we were just a few guys, with no real plan, who wanted to make games together, and now we’re 10 awesome people (soon to be growing). In these moments of reflection, I suddenly feel completely overwhelmed and lost for breath and then I do something that I don’t necessarily do that often. I smile.

As with everything I do, there wasn’t much of a point to this – it was really just stream of consciousness typing. But, if I had to drill it down to a point and some sort of “Jerry’s Final Thought”, that point would be that it is ok to feel overwhelmed; it’s ok to question yourself, it’s ok to feel anxious and it’s 100% ok to feel however the damn-well you feel. Just make sure that at the end of the day the thing triggering all these feelings is worth it.