Blog Guest Blog: VR production and the evolution from storytelling to story-living
VR is a new medium with many emerging genres and complex production methods, so when briefs come into REWIND, the first thing we do is get clarity on what exactly is required. Is it as simple as linear 360 degree video or as complex as a VR Experience (VRE)?  Both are fantastic in their own way, but could not be further from each other in their creation.
Storytelling to story-living
The difference in user experience between these two bookends of content production can be described as ‘story-telling’ to ‘story-living'.  Storytelling applies to current film and also to 360 degree video, it’s a linear experience, the user is a passive observer. But with 360 video you get some level of immersion although it’s limited as you cannot fully interact with your environment. Story-living on the other hand applies to VRE where ‘presence’ - the real magic of VR -  is at it’s most powerful. The perception of being physically present in a non physical world is an incredibly powerful sensation. Within VRE you can fully interact with the environment you find yourself in, you can even walk around, you are fully immersed, you truly ‘live’ the story you find yourself in. Traditional film is a window into a story. In VR, you are the story. 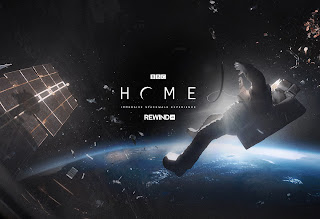 VR requires an entirely new type of storytelling
VR requires new storytelling rules and everyone is still trying to figure them out! Unlike traditional film-making where the director has complete control over what the audience gets to see, VR allows viewers to make their own decisions about what they focus on in the scene. This is a potential problem that no one quite has the answer to yet: how do you keep the level of freedom and interaction that VR allows the viewer, while making sure they don’t miss any of the key elements of your piece? There are several options open to the director to ensure the audience’s attention can be focused when necessary; lighting and sound cues, changing the focal point of an object or character on-screen, or even verbal/action cues can be a powerful tool. In ‘Back To Dinosaur Island’ Crytek used a dragonfly moving around the player’s “head” to direct their attention and ensure that they get a good look at every part of the environment.
Creating ‘presence’ and considering the user
‘Presence’ refers to audience participation within VR, something which can be greater or smaller depending on the type of experience they’re viewing. Directors will need to decide what level of engagement they want, and ensure that the right balance is struck; if a scene is too intimate without acknowledging the viewer, it's likely users will feel uncomfortable and intrusive. Conversely, if your viewer feels like an outsider they can quickly become disengaged and disinterested. 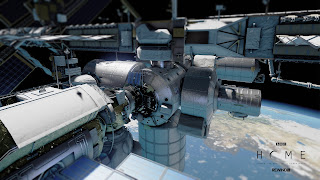 Pushing the level of immersion
‘Home’, the epic spacewalk experience REWIND created with the BBC is a prime example of story-living. The 15 minute VRX was created in Unreal 4 for HTC’s Vive, and the content was in part inspired by NASA's training programme and the astonishing experiences of its astronauts. ‘Home’s ambition as a piece of VR is to combine a strong narrative and sense of drama with the incredible impact possible in an immersive experience to encourage and enhance the public’s interest in space. The level of immersion is heightened at live events by the integration of heart rate monitors that feed back into the experience, recreating the sound of the user’s own heartbeat in their headset. This is combined with an integrated live mic that is acoustically treated and delivered back into the experience, relaying the sound of their own breathing. The ambient sound is spatial and creates the claustrophobia of the astronaut’s helmet and the unnerving sounds of your own body and your space suit's life support system. A gaming chair is also used to provide haptic feedback to make the experience as real as possible.
Solomon Rogers is founder of VR and creative digital agency, REWIND. His talk 'VR Production: From Story-telling to Story-living" will take place at 3.30pm, room two.
SIGN UP FOR UPDATES