Blog Guest Blog: The Future of Stories in Virtual Reality

At Develop:VR this year, Pete Short from Breaking Fourth is going to be speaking about The Future of Stories in Virtual Reality. This topic is something which the London based VR studio is incredibly passionate about, particularly while there are still no hard and fast rules for VR storytelling.

Breaking Fourth released Ctrl this year, the world’s first scripted long-form VR drama designed specifically for mobile VR. This production has seen great success, being showcased around the world at events like Oculus Connect 3 and Toronto International Film Festival and being nominated for multiple innovation and VR awards. Ctrl is currently the only piece of it’s kind available in virtual reality, using a combination of CGI and live action footage to tell a dark, challenging story about the life of a teenage boy. The audience is dropped directly inside a video game (an impossible challenge for any other medium) and the drama in his outside world is shown via the clever use of webcam screens into his home. Full review available here. 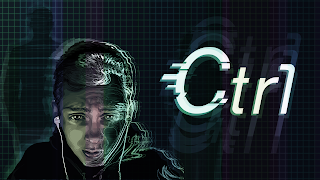 So what should you expect to find out in this talk? Well, the future of stories in virtual reality is a vast topic which could touch on many different areas. During the production of Ctrl, we learned through trial and error what does and doesn’t work in this new medium. Taking techniques from the theatre and combining them with influences from games + cinema, we explored a multitude of different narrative techniques, culminating in a dark, emotional piece which splits audiences. Virtual Reality, by it’s nature, confronts the viewer with the content - forces you to watch and listen, and often results in increased emotional connection with the story and self-reflection on the situation. We sum up our thoughts on what was successful from our research and what are our new VR storytelling techniques that we now can’t live without.
Aside from narrative + storytelling techniques, in this talk Pete will explore whether this kind of content is what audiences want. Who are the current VR audiences and how do we cater to their needs while pushing boundaries with content that is available? Do VR audiences even know what it is that they are hungry for? What will audiences want in the future? 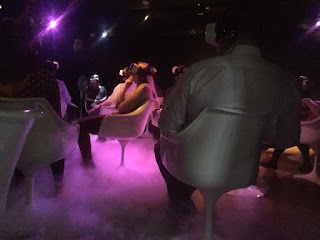 What does this all mean for the future of stories in virtual reality according to Breaking Fourth? Content is always quoted as the driving factor for VR.  This is and isn’t the case - High-quality, transformational, challenging and interesting content is the driving factor for VR. As John Carmack mentioned in his keynote speech at OC3 this year, it’s time for VR to stop being a gimmick and to start pushing boundaries. Pete hopes to share some insight on how content creators can enter this space and be creating content that will rival stories told through TV and film.
A short demo of Ctrl will also be available in the IndieZone at DevelopVR.
Twitter: @breaking_fourth
Facebook: www.facebook.com/breakingfourth
SIGN UP FOR UPDATES