Blog Guest Blog: The Art of Storytelling
Games are one of the most interactive and immersive mediums available to us as storytellers. They provide the opportunity for players to actively affect the outcome of a scenario in a visceral way which has allowed us, as developers, to explore facets of the human experience in ways film, literature and television cannot.
Games in recent years have pushed the envelope on immersion and found ways to weaponise our interactions with a game, resulting in responses unique to the medium. When we hunt the beast and strip it for parts we feel pride from the kill, but guilt at taking a life. When we are forced to choose between saving one individual over another we feel remorse, but a satisfaction that comes when that decision pays off further down the line. 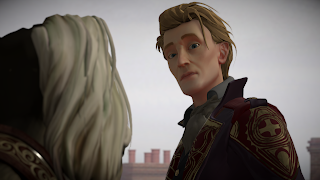 When I founded my company, I set out to make the games I felt were missing from my Library. I wanted to assemble a team to make something that told human stories from human perspectives, tapping into a wealth of collective experiences to really give the player moments they could relate to – and especially moments they can’t.
In Du Lac & Fey: Dance of Death we never wanted to shy away from important social issues such as abortion, sex, love and race. All of these are framed through the lens of women, as two of the three protagonists in our game are female with very different world views and upbringings. Our third, Sir Lancelot, must grapple with his own demons – monsters that sit outside of the usual male-lead revenge fantasy. 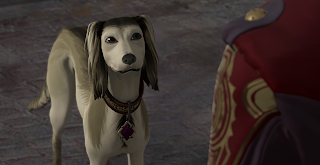 The Victorian era was rife with social upheaval, clashing cultures and contrasting values, and we are proud of the fact that we’ve managed to tell as many of these forgotten stories as possible within the walls of our game. It’s actually extraordinary how many parallels we can draw between us as people, despite there being over one hundred years between us. We have the tabloids and papers on our newsstands now, but this period gave birth to modern day journalism. Stories were fabricated without basis, gossip invented to sell papers, and facts overblown to keep people turning the page.
It is said that history is written by the victors, but, more simply put, it is written by those able to write. There are thousands of stories, both then and now, that’ll be lost to time due to one person monopolising the pen. We attempted to make amends with Du Lac & Fey, offering players a London they will have never seen before. London then is as London is now, a multi-cultural melting pot of ideas, lives and languages that birthed a new era of technology, art and belief. Who better to explore this new world than Arthurian immortals who, after all these years, can look upon this strange, exciting city with fresh eyes? 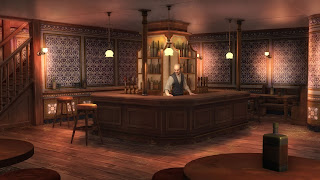 We are moving into a new era of game storytelling, exploring the way we handle and interact with topics such as mental illness, grief, and different sorts of love. Moreover, the demographic of gamers is shifting, and game developers seem to be accommodating that, or it could well be the other way around? It’s a fascinating time to be working in the games industry, especially when narrative-driven games seem to be at the forefront of our march forward. Above all else, I look forward to an increasing level of diversity in our developers, opening doors to new voices and the new stories those voices can tell.
SIGN UP FOR UPDATES