Blog Guest Blog - It’s Risky, That Game Development
No-one likes risk in business. Consumer surveys, consumer testing for products, pre-screening for films and other ways of delving into the customers mind are big business because no-one wants to invest flipping great wodges of cash into Batman V Superman and then find out it’s a turkey – whoops.

Risk as a greater concept however, is actually a rather wonderful thing. The experiences that really matter in life are the new ones – starting school, travelling abroad, falling in love – and they’re all full of potential danger and therefore risk. But, once completed, regardless of the result, you may feel vindicated, courageous, alive. You may have bruises (to both your body and your ego), but it was worth it for the stories you can tell afterwards. Risk is what makes life worth living, right?
I worked as a games designer for 15 years in total, on titles including LittleBigPlanet PSP, Need for Speed: Most Wanted plus lots more that never saw the light of day, because the title was seen as a risk. And that’s the bit that really sticks in my mind: ‘what if?’ What if the title had been saved/fixed/put into full production? What if it had been a hit? How can you know a game’s playability value when no-one outside the building has actually played it? I believe that there’s an ‘A’ class bug (not a feature) in the process used my large developers aiming to create epic triple A console games: risk aversion. This is understandable because of the stakes: large budgets and hard-won reputations. But surely, getting the game in front of consumers while still at the early stages of designed sheds light and clarity upon a player’s experience, right? If the only people who play the game are those who see it every day for several hours then there’s no fresh perspective. Is becoming more and more familiar with your own work really an advantage? Or does it mean your view becomes narrower and narrower? 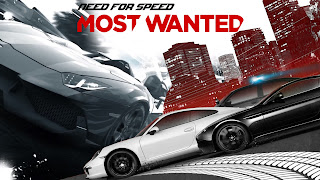 The further any developer goes through the production process, the larger the collection of work becomes, so the more painful it is to let go of it, and the further they are along the road of committing to a particular style and set of resources. Consequently certain parts of it – and this is true for all sorts of projects from graphic design to West End productions – remain purely because so much time, money (and love) were invested in them, and NOT because they merit inclusion by contributing meaningfully to the final product. Then it comes out, gets a 7/10 on metacritic and the process starts all over again, with a determined ‘THIS time we’ll get it right’ muttered by those in charge. Repeat.
However, the lumbering giant of large developers can eaily be out-manoeuvred by the champion of Game Creation Agility*: indie devs. 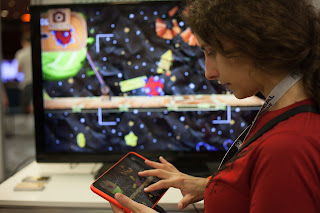 Indie devs are nimble creatures. Being able to quickly test prototypes on consumers means useful feedback at a point when changes can be made easily – like at the pencil sketch stage before the painter commits to oils – because it’s only bare bones, and the work of a handful of people, not a team of 100. Plus, your test case player doesn’t expect a polished product at this early stage because, well, you’re an indie developer. No offence, but there isn’t a well-known reputation and anticipated budget associated with it.
*’GCA’ should be an industry term. It isn’t, but it should be.
The indie dev answers to no-one (until they receive investment, which is a different kettle of ball games) so is able to get vital feedback early on from potential players (the people who matter), instead of receiving feedback at the end of the production process, when tons of hours of work has been resigned to the bin, hearts broken and dreams shattered on the opinion of one or two people who probably won’t play – and certainly won’t pay for – the game as a consumer.
This is the beauty of experiencing games from the indie dev scene at events like Develop – you can play something in production that is still evolving, and created with utter love and devotion, not as the result of a several meetings about the company’s target player demographics and what the marketing strategy is for the company approaching Q3 2018. 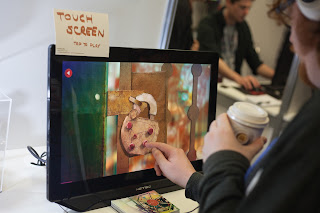 I can’t wait to play the indie games at Develop, to talk to the people who are actually creating them, and to continue to be utterly inspired by not only their hard work, but their dedication to embracing that scariest creature of all: risk.
Jon Torrens is a communications coach and will be talking about pitching skills at the Pitching & Funding Workshop on Tuesday 12 July. 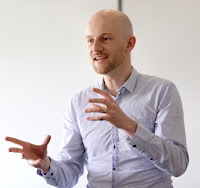