Blog Guest Blog - Growing a business without growing a business
On a crisp December day in 2014, I sat in a tiny cafe on Golden Square, eager to sample the pastries declared by my friend Tracey* as “the best cinnamon buns in London”. But while the aforementioned buns were one of the reasons I was looking forward to the meeting, it was another goal that was making me excited and trepidatious in equal measure.
My fledgling business was less than 18 months old but already I’d met a host of inspiring, friendly, supportive and thoroughly decent new friends and allies. Tracey was pretty near the top of that list, and I had an important question to ask her.
Working for myself after 20+ years in bustling offices had proved liberating and isolating in equal measure. I loved the freedom to follow my passions, but missed the perspective and sanity-checks that only come from trusted colleagues. But I’d decided on the perfect solution – I needed a mentor. 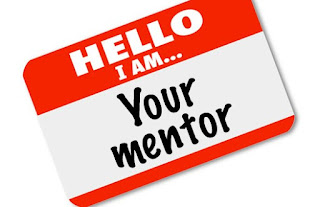 Luckily for me, Tracey immediately agreed to take on the role, but with one caveat – I had to do the same for her in return. And so it began.
Fast forward another six months and I’m sitting nervously in another eatery, just around the corner from the aforementioned pastries. This time I’m waiting for another fellow games PR who’s also vying for a chart position on the list above.
My first couple of years in business had gone better than I could have hoped and I’d quickly got to the point of having to turn people away. While it’s always a nice problem to have, I’d never enjoyed what felt like the counter-intuitive process of turning work down. Luckily I’d run into Sam** from Decibel-PR a little while after I’d started up, and had been able to send work his way when I couldn’t take it on myself. 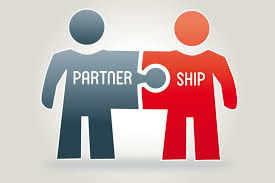 Plenty of people had told me to expand or hire someone else, but I wasn’t in any rush to take on the overheads and risks of staff and premises. Talking to the ever-wise Tracey at our regular mentor meetups, and after a year of hearing nothing but glowing praise about Sam, I slowly began to realise that maybe there was another way.
So as I sat in a Japanese restaurant in mid-May 2015, I asked Sam to become my ‘partner agency’. We both had established businesses and established clients, but we also both had finite time on our hands. By teaming up to share someclients, and pooling our collective skills, contacts and experience, we could both expand our empires, without expanding our overheads. 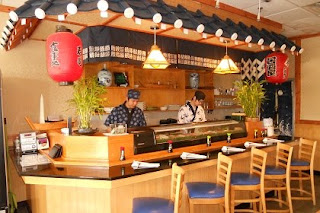 We were growing our businesses without growing our businesses.
Within a week, Sam and I had signed our first 12 month contract, pitching our shared abilities to a developer that needed more than either of us could have given on our own. We’re still working on that project today, and our collaborations and opportunities have continued to expand. But it didn’t stop there. Nine months later, the whole thing grew again when Tracey joined our merry band too. We still mentor each other but now we work together too.
The future of this industry is in working together and not against each other, but unless you get out from behind your monitor and push yourself to ask those scary questions in the first place, that collaboration won’t ever be possible. We can build our futures while maintaining our independence, all through the power of collaborating, not competing. If you’re open, honest, generous with your time and your support, and prepared to seek out what you need to hear and not just want you want to hear, then joining forces with others can be a powerful driver to success for you all.
Natalie Griffith, Press Space
* Tracey McGarrigan, Ansible PR & Communications & ** Sam Brace, Decibel-PR - official partner agencies to Press Space Limited
SIGN UP FOR UPDATES